In anime, sometimes a character's face turns blue due to shock, fear, disgust, or other sort of distress, discomfort or sickness. The reason for this is mostly that when someone seems unwell, we usually say that they're "pale" in English, but in Japanese they're said to be "blue" instead. 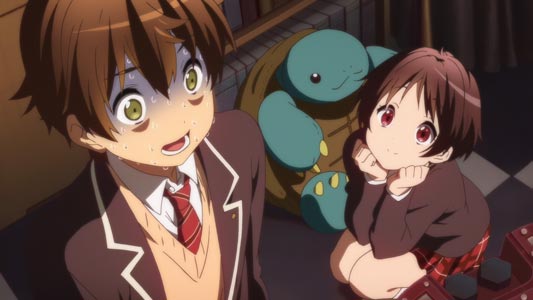