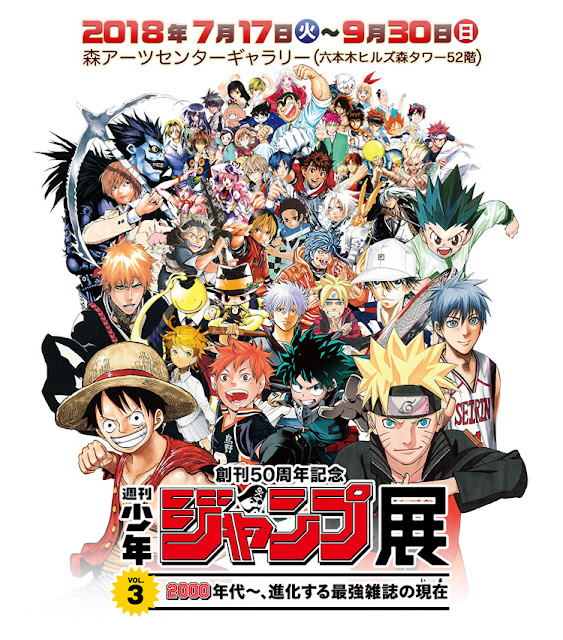 The Shonen Jump 50th Anniversary Exhibition, hosted in Roppongi, Tokyo, have virtually every volume of the magazine available for reading.
The exhibition is divided in three parts, and part 2 is currently under way. It covers the 1990s and runs until June 17 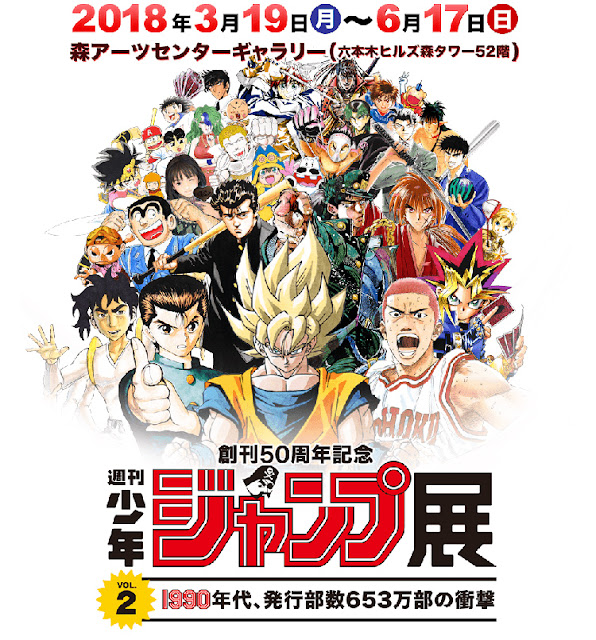 Meanwhile, a visual for part 3, which runs from July 17 to September 30 and covers manga released in the 2000s up to now, has been revealed. Of course, the two most prominent characters on the poster are Luffy from One Piece and Naruto.
The exhibitions and manga library are all found at the Mori Arts Center Gallery in Tokyo. The exhibitions cost ¥2,000 for general admission, while the manga library is free.﻿
Share This Post