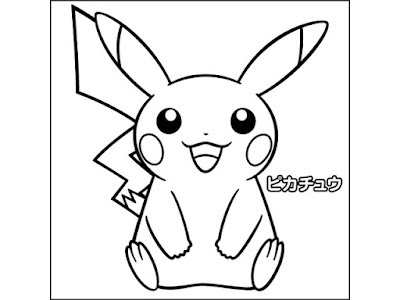 For several years now, coloring books have become extremely popular even among adults, and Pokemon nurie (as these books are called in Japan) are no exception.

Some people, though, go beyond the simple task of reproducing the original images.
Take, for instance, Bankokukun. This Japanese artist has taken this typical Pikachu image 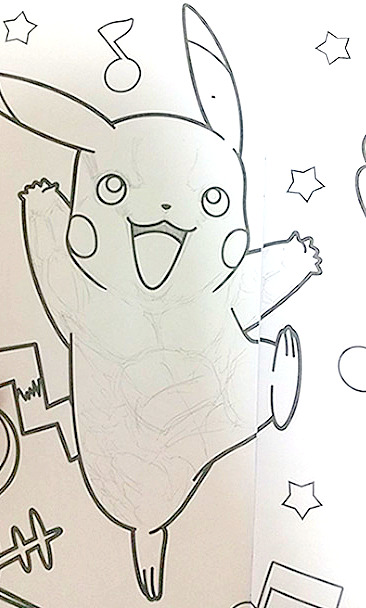 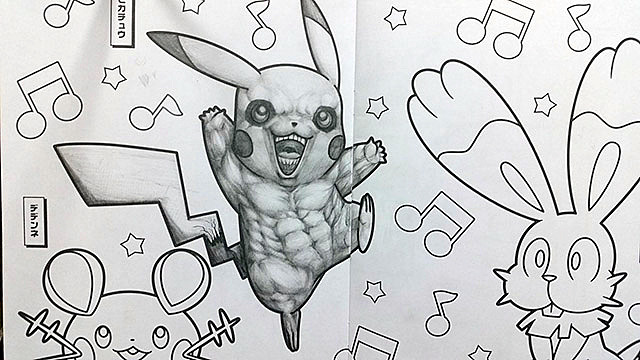 He posted it on Twitter and his new beefed-up Pikachu soon went viral.
https://twitter.com/bankokukun


Please tell us about your book, Tokyo Geek's Guide...
This is an otaku guide to Tokyo. I tried to cover every side of otaku fandom as well as I could. The first chapter briefly introduces each of the six main otaku genres (manga, anime, video games, toys, cosplay, and idols) from a historical perspective. It provides a few tidbits of trivia and cultural insight (e.g., how Akihabara evolved from a hub for radio enthusiasts to the modern-day gamer haven it has become) while highlighting Japan's influence abroad and trying to point out how each genre may evolve in the future.
This is followed by the book's main, travel guide part. In each chapter (devoted to one of Tokyo's major otaku areas) I show interesting things to see and do – not only things to buy but anime-related spots, cosplay and other otaku events, manga museums, and libraries. The main difference from your typical travel book is that I actually guide the reader on a walk through each area in a sort of geeky urban exploration. 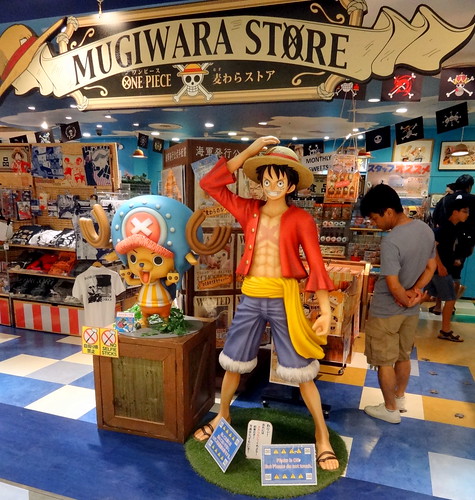 One Piece Mugiwara Store in Shibuya

What inspired you to write this book?
This project was born from my personal need to find otaku-related information. While there are hundreds of general travel guides on the market – some of them covering very specialized subjects – I discovered that nobody had ever covered Tokyo from an otaku point of view. There are many people who are more knowledgeable than me, but they apparently prefer to dig deeper and pen books on manga philosophy or the moe concept. Entry-level otaku and people who just want to explore Tokyo are left with surfing the Internet for information. Of course, now you can find a lot of things online, but the Internet can be very dispersive and unreliable. Also, a lot of important information is still only available in Japanese. So I decided to gather all these loose ends and put them together in book form. 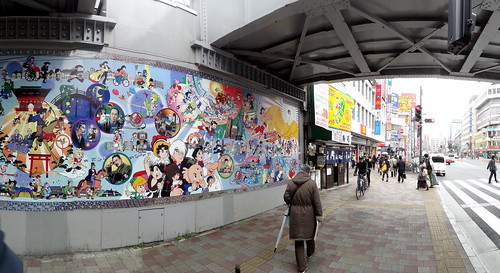 What is your background (and beginning interest) in otaku culture?
I belong to the very first generation of European anime fans. The first Japanese TV series (Grendizer, Mazinger Z, Heidi, etc.) appeared in France and Italy (my home country) back in the summer of 1978, when I was in junior high school. I still remember my shock the first time I saw those alien-looking sci-fi anime that were seemingly coming from another planet. At the time, my family used to have dinner in our kitchen which doubled as a dining room. But our TV was in the living room, and Grendizer (Goldrake, as it was called in Italy) was broadcasted at dinner time. So my parents (bless them) let me eat my food alone in the living room.

What might readers be surprised to learn about otaku culture, and general geekdom in Tokyo?
What a trip to Tokyo really makes apparent is how much otaku "sights and sounds" are part of Japanese life, from giant billboards and graffiti to the jingles in some train stations. Manga- and anime-inspired imagery is so pervasive it can literally be found everywhere and is used to sell products, as well as advise people on socially sensitive issues. 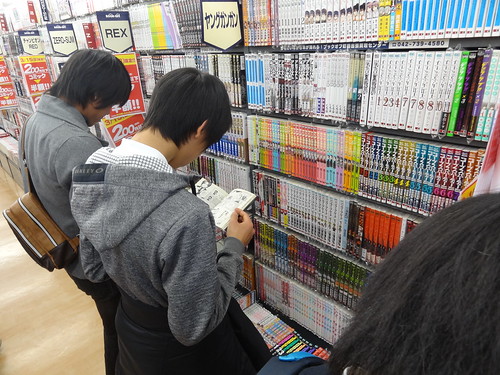 Fans spend hours reading their favorite manga in bookstores... without buying them

Another thing worth noting is how few concessions Akihabara and other otaku districts make to mainstream western tastes. Though local shops welcome the growing number of foreign customers, many if not most of the things they sell are for local hardcore fans, which means you will probably discover many things you have never seen—which is not necessarily a bad thing. Even as far as Western pop culture is concerned, there is precious little to be found except what the Japanese themselves like (i.e., Star Wars and Disney). 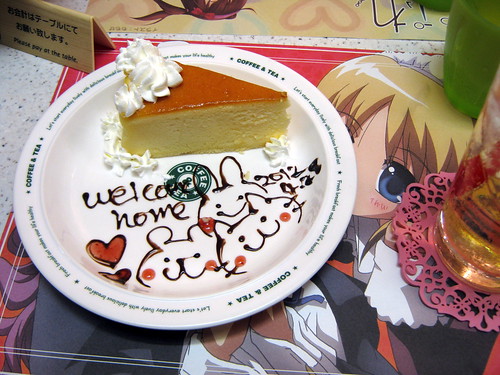 We're all about the research - what were the joys and challenges of finding SO many cool things that you've included in this book?
I would say for many writers the planning stage (when the book slowly takes shape) and the actual research are the most interesting parts. The writing itself, in comparison, is a sort of anticlimax (George Orwell famously went so far as to say that writing a book can be "a horrible, exhausting struggle"). For me, researching the book was like going on a sort of treasure hunt, so it was a lot of fun. This said, dealing with Japanese red tape can be exhausting. For each copyrighted image I wanted to use in my book, I had to exchange endless mails with companies, museums, etc. Luckily, my Japanese wife helped me navigate this Kafkaesque maze.

What's up next for you?
The Tokyo Geek's Guide has gathered a lot of positive feedback, so I'm already working on another otaku-related project. However, geek culture is not my only interest, and I hope to be able to publish a different kind of book in the near future; a sort of oral history of Tokyo based on my journalistic work.

Is there anything else you'd like to share?
I'm a regular contributor to Zoom Japan magazine (let's say I'm their main Man in Japan). Anybody who is interested in all things Japan should definitely check out our website: www.zoomjapan.info. Last but not least, if readers of my book have any feedback to share (either good or bad) they can reach me at bero_berto[at]yahoo.co.jp.