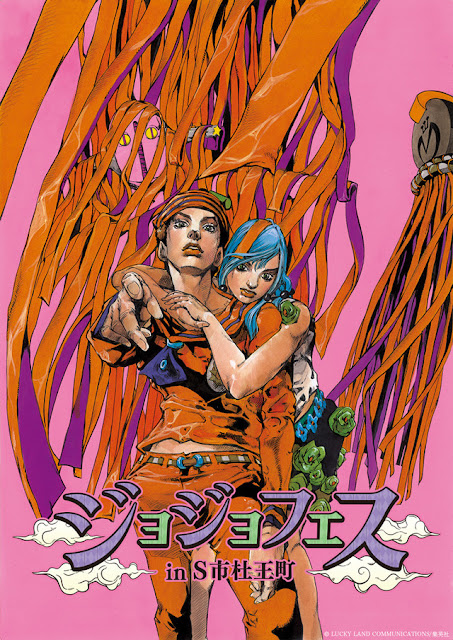 While this blog is mainly about otaku events in and around Tokyo, an exhibition devoted to JoJo's Bizarre Adventure is always worth mentioning.
JoJo's fans will remember the fourth part of the series, Diamond is Unbreakable. First serialized in Weekly Shōnen Jump from 1992 to 1995, this story features the city of Sendai in Miyagi Prefecture (called S-City in the manga). That's why the upcoming exhibition will take place at the Sendai Mediatheque from August 12 to September 10.
Travelling to Sendai from Tokyo (a 90- to 120-minute Shinkansen ride from Tokyo Station) costs around 10,000 yen one way. When you add the 2,000 yen entrance ticket (1,200 for high school students and younger fans) it makes for a rather expensive trip but hardcore fans will hardly want to miss the hundreds of original page art that will be displayed to celebrate Araki Hirohiko's manga's 30th anniversary.
http://jojofes.com/